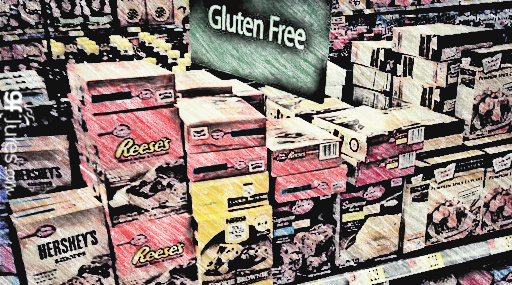 Gluten free restaurants abound in this brave new world of gluten free. As do gluten free grocery options. So, do you feel safer and more satisfied, or just more overwhelmed? Unfortunately, in spite of the FDA’s gluten-free food labeling regulations becoming final in August of 2014, there are still plenty of pitfalls gluten free consumers can fall into when shopping, eating out and trusting others with your health.

“Gluten Free” but not for celiacs, or “Gluten Friendly” are two designations we’re seeing more of every day. Mom & Pop restaurants and large national chains alike, are searching for ways to both serve more consumers and protect themselves from liability, so they are getting more creative in their labeling and menu designations.

Most restaurants want to do right by their customers and none want to make anyone sick. However, when they start offering “Gluten Free” menus and “Gluten Friendly” menu options, many sink into the quagmire of semantics, confusing themselves and the consumer.

By way of example, let’s examine restaurants at both ends of the spectrum. In 2012, Domino’s Pizza decided to launch a gluten-free pizza offering in its retail chains. After pressure from the gluten-free community, Domino’s changed its website to now read:

“Domino’s is proud to offer our Gluten Free Crust for those who are looking to reduce gluten in their diet….Domino’s DOES NOT recommend this pizza for customers with celiac disease. Customers with gluten sensitivities should exercise judgment in consuming this pizza.

Clearly, this “Gluten Free” pizza is not meant for those with celiac disease or serious gluten sensitivities, nevertheless, Domino’s advertises what appears at first blush to actually be what it claims to be: a “Gluten Free Crust.” Papa John’s released its own “Gluten-Free” crust which it also does not recommend for celiacs.

Papa John’s in 2017 released its own “Gluten-Free” crust which it also does not recommend for celiacs:

Nima Sensor tested the new Papa John’s “Gluten Free Pizzas” and found gluten, confirming that indeed it is NOT safe for celiacs or others with gluten sensitivity.

Reactions have been mixed in the gluten-free community, with most seeming to dismiss this as yet another option they can’t enjoy. The CEO of the Celiac Disease Foundation, Marilyn Geller, says “if Papa John’s says the pizzas aren’t safe for people with a serious gluten intolerance, ‘I would believe them, and I wouldn’t eat it.'”

Interestingly enough, celiacs and those with serious gluten sensitivities don’t seem to care much about ancient grains or “healthy” pizza; Papa John’s missed the mark if they are targeting that audience, as those folks just want good pizza that won’t make them sick with gluten contamination. The more likely scenario is that Papa John’s is like many chains (like Domino’s) going after the fad gluten-free dieter, not those who must eat gluten free for medical reasons.

Another popular pizza chain, Pizza Hut, announced the release of its “certified Gluten Free Pizza” in some of its retail outlets. Cheese only and pepperoni and cheese pizzas prepared on an Udi’s Certified Gluten Free crust and certified GF by the GIG (Gluten Intolerance Group of North America) organization will be prepared using a “gluten free kit” containing separate marinara sauce, cheese and pepperoni and prepared on parchment paper. Employees will also change their gloves and use dedicated GF pizza cutters, according to restaurant protocol.

These pizzas will also be prepared in a common kitchen used for preparing regular gluten pizzas; if other toppings are selected instead, the company says the pizza will no longer be gluten free (these pizzas are made for “those simply looking to reduce gluten in their diets.”).

As you can see, pizzas prepared in restaurants that are not free of gluten, but are prepared in very different ways, are both described as being “Gluten Free.” Without digging deeper, it would be difficult to know just what each restaurant meant by that designation. Perhaps you don’t find either to be safe enough for your family, or perhaps one is acceptable and the other is not, but they are both labeled “GF.”

The same difficulty arises with many other menus from restaurants described as being either “Gluten Free” or “Gluten Friendly” (or … not!). How is the customer supposed to know these restaurants define these terms, and if those foods will be served in a way that is safe enough for them? McDonald’s French Fries are most definitely NOT gluten-free. Opt for Chick-fil-A or Five Guys or Red Robin fries, but only after confirming with the manager that the fryer is indeed dedicated to only fries.

And even food items you would expect to be gluten-free are often not. Like french fries.

Most restaurants make them in a fryer with other items like chicken nuggets which taint the oil, rendering the french fries contaminated with gluten. Still other restaurants ADD gluten to their fries, like McDonald’s. Do yourself a favor and skip anything from a restaurant fryer unless you are certain that it is only used for gluten-free foods and the oil is not recycled.

The only way to know is to do your research, ask the questions in advance and explain to management just how seriously you take your GF diet. The choice – and the risk – are ultimately up to you.

Grocery Stores Can Be Tricky for Gluten-Free Shopping … Shopping for gluten free foods at grocery stores can be as bad or worse than navigating menus at restaurants. It may seem like a dream come true to walk into your local grocery store and see dedicated gluten free sections.

Items that have been hand-picked and organized for your shopping ease and pleasure. Unfortunately this is not the case for most such areas.

The reality is that grocery buyers and those who stock the shelves have a whole store to manage, stock, arrange and organize.

They may take a brand that has some gluten free products and put the entire brand’s line in the “gluten free” section, even though some of those products are absolutely not gluten-free.

They also may forget to move the “Gluten Free” sign.

No products in this section are gluten free, yet they are all shelved under this giant Gluten Free Banner.

OR they may rely on the fact that the manufacturer hasn’t changed its formula. OR mistakenly place products they believe to be gluten free in the section, even though they are in error.

OR the manufacturer’s own packaging indicates gluten free, but it’s not. OR the manufacturer’s packaging looks nearly identical for gluten-containing and gluten-free foods. You have to look very closely to see any distinction between these two packages, but one will make a celiac very sick.

The shopper must still read every label for herself. Every label. Every time. As confusing and confounding as all these situations are for us, as gluten free consumers, imagine how difficult this world would be to navigate if you only dabbled in gluten free because of a friend or family member. How would you find products you were certain were gluten free and safe?

You would most likely simply rely on the manufacturers, stores or so-called gluten free restaurants to tell you. The nuances and serious danger of cross-contact would likely be lost on someone who doesn’t live this life day in and day out.

So your well-meaning aunt makes a boxed brownie mix for you that she says she bought in the GF section. Do you eat it?

At a birthday party for one of your daughter’s friends, the mother assures you that she purchased a gluten free pizza for your daughter so she will be able to eat like the other kids. Do you let her eat the pizza?

These are the difficult questions we have to ask ourselves every day. Which is why it’s sometimes not better to have so many choices and opportunities for mistakes.